McLean, Virginia, 11 April 2016—Five Special Libraries Association members from a variety of backgrounds will be named SLA Fellows at the association’s 2016 Annual Conference, to be held June 12-14 in Philadelphia.

SLA Fellowship, which recognizes mid-career information professionals for their past, present, and future service to the association and the profession, will be conferred upon Brandy King, Brent Mai, Valerie Perry, Stephen Phillips, and Cindy Romaine.

Although this year’s Fellows have a wide range of professional experience and play diverse roles in the association, they have all demonstrated and implemented innovative thinking in their service to SLA and shown generosity in sharing their knowledge and expertise with other information professionals.

Fellows are called upon and expected to advise the SLA Board of Directors and alert the membership to issues and trends warranting action. Individuals receiving the honor may use the title “Fellow of the Special Libraries Association.” No more than five SLA members can be selected for Fellowship each year.

About Brandy King
Brandy King manages information services at the Arnold P. Gold Foundation and is the head of Knowledge Linking, an information services firm in Massachusetts. She has spent the past 13 years working in academic health research and managing social media for several small businesses and nonprofits. 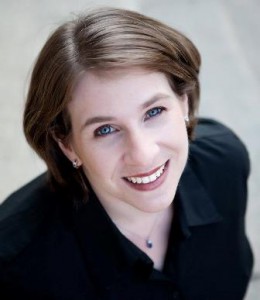 Brandy’s involvement with SLA started in earnest when she attended the 2005 Annual Conference in Toronto as the recipient of the Innovations in Technology Award. Around the same time, she began serving as Webmaster for the SLA Social Science Division, eventually becoming division chair in 2012.

About Brent Mai
Brent Mai is dean of libraries at Concordia University in Portland, Oregon, having served in that role since 2003. During his time as dean, he has led transformative changes that reflect his penchant for sharing and expanding access to knowledge, including designing and constructing a new library building, establishing a university press, and founding the Center for Volga German Studies and the Northwest Center for Children’s Literature. 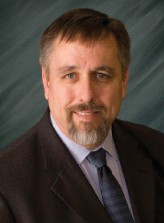 Brent has served SLA in a variety of capacities, but his vision and dedication were particularly clear to the association during his time as president (2012). As president, he pushed to expand SLA’s membership outside the United States, particularly in the Arabian Gulf and Asia, and into other fields that work with information. Prior to his presidency, he served on the SLA Board of Directors (2003–2006) and worked extensively on the Leadership Development Institute/Leadership Summit. He has chaired and served on several committees, including the Awards & Honors Committee and the Annual Conference Advisory Council.

In addition to leading at the association level, Brent has held leadership roles within various units of SLA. Since he joined the association in 1989, he has been active in the Business & Finance Division and was the division’s chair in 2001. In the Academic Division, he has served on the editorial board of the Journal of Academic Librarianship since 2009. A member of the Oregon Chapter since 2003, Brent previously served as treasurer of the Indiana Chapter.

About Valerie Perry
Valerie Perry is director of branch libraries and head of the Agricultural Information Center at the University of Kentucky, where she draws on her expertise in life science librarianship. 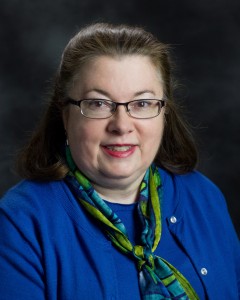 Soon after joining SLA in 1998, Valerie took on leadership roles in the Kentucky Chapter, serving as secretary and archivist, chair of the Strategic Planning Committee, and subsequently as president in 2012. She has been treasurer of the Science-Technology Division and business manager of Sci-Tech News and has also served in numerous leadership roles in the Food, Agriculture, and Nutrition Division, including as chair for two consecutive terms (2009 and 2010) and conference program planning chair.

At the association level, Valerie is currently a member of the SLA Nominating Committee. She has also served on the SLA Board of Directors as past division cabinet chair (2014) and on the Member Preferences Task Force, the Volunteer Experience Task Force, and the Online Content Advisory Council.

As much as her colleagues admire her extensive knowledge of agricultural and biological sciences, Valerie is equally revered for her outgoing personality and eagerness to help and teach others. She has been honored several times for her many contributions to SLA and the information profession. The Food, Agriculture, and Nutrition Division gave her its Distinguished Member Award in 2007, and the Kentucky Chapter has honored her with the Kentucky Chapter Professional Award (2007) and the Larry Besant Professional Award (2014).

About Stephen Phillips
Stephen Phillips is the executive director, head of global workflow solutions at Morgan Stanley, where his responsibilities include running business information services, publishing, and translations. 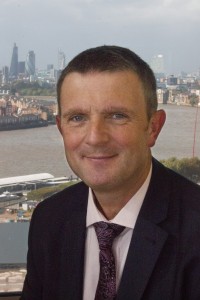 Stephen served on the board of the Leadership & Management Division and has served in various roles in the SLA Europe Chapter, including president (2013), board member, sponsorship chair, events committee co-chair, and director. His work leading fundraising and sponsorship efforts has equipped the chapter to successfully host monthly sponsored events that are memorable and well attended. Stephen is viewed by many as a mentor who generously offers guidance to less experienced individuals.

Stephen’s hard work and commitment to SLA have had a positive impact on the future of the association and the information sector at large. He has participated on the SLA Member Preferences Task Force and the Advocacy Task Force and received a Presidential citation for his work on the Alternative Revenue Task Force. The ideas and insights he shared while on this task force have helped ensure that SLA has a promising future.

About Cindy Romaine
As principal at Romainiacs Intelligent Research in Portland, Oregon, Cindy Romaine draws upon her professional background in corporate information research—including 16 years at Nike, Inc., where she was director of the design library and corporate archivist—to support a global client list. 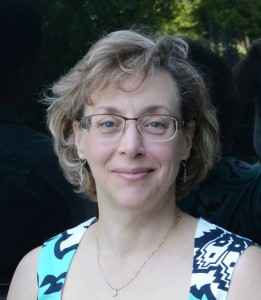 Cindy has brought a global perspective to SLA as well. As SLA president in 2011, Cindy focused on encouraging special librarians around the world to become “Future Ready,” and to that end she launched “Future Ready 365,” a blog that was updated daily with guest posts and garnered more than 4.4 million hits and 400,000 unique visits in 12 months.

Cindy has long been active in the SLA Oregon Chapter, serving as president in 1995–1996 and again in 2009–2010. She currently serves as secretary of the Competitive Intelligence Division and was previously the division’s communications chair, a role that allowed her to bring not just visibility but also creativity, fun, and value to the division. Cindy is also a member of the Leadership & Management Division and the User Experience Caucus.

In addition to her term as SLA president, Cindy has served on the SLA Board of Directors (2006–2008), the SLA Branding Task Force, the Professional Values Task Force, and the Public Relations Advisory Council. In 2003, the Nike Design Library received the Business & Finance Division’s Centers of Excellence Award for Management.

About SLA
The Special Libraries Association (SLA) is a nonprofit international organization for innovative information professionals and their strategic partners. SLA serves information professionals in more than 60 countries and in a range of working environments, including business, academia, and government agencies. SLA promotes and strengthens its members through learning, advocacy, and networking initiatives. SLA’s annual conference is expected to have more than 2,000 information industry professionals in attendance and will boast 200-plus sessions, business meetings, networking events, and other activities. For more information, visit sla.org.