2016 Honorees are Making Waves in Legal, Transportation, and Academic Fields

McLean, Virginia, 4 April 2016—The Special Libraries Association (SLA) will once again celebrate the future of information management by honoring outstanding young information professionals who are exhibiting leadership and innovation in the industry.

Kathryn Callon, Sarah Cook, Katherine Cuyler, and Raymond Pun have been named SLA Rising Stars for their service to the special librarian community and potential for continued contributions to the information industry. The four will be honored on June 12 during the opening session of the SLA 2016 Annual Conference & INFO-EXPO in Philadelphia. 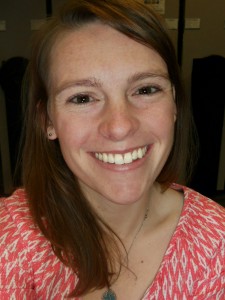 Kathryn Callon is the solo librarian for the Montana Department of Transportation (MDT), having previously worked for the U.S. Fish & Wildlife Service and the library at Joint Base Lewis-McChord, a military installation in Tacoma, Washington. Since joining SLA in February 2013, she has been an active member of the SLA Transportation Division and is currently the division’s chair-elect.

Outside SLA, Kathryn has served for the past two years as chair of the Western Transportation Knowledge Network. She has also organized two Webinars for the special librarian community, one titled “Final Frontier? Library Life in a Post E-Book World” and the other titled “Library Valuation/Return-on-Investment.” 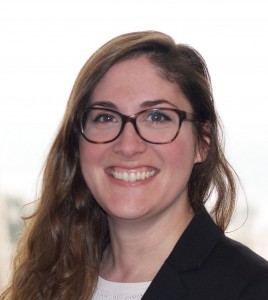 Now a research paralegal at Levin Simes LLP in San Francisco, Sarah Cook joined SLA in 2011 while she was still an MLIS student at San Jose State University. Sarah soon became a fixture on the leadership team for SLA’s San Francisco Bay Region Chapter, first serving as hospitality chair, then as assistant director of programs, and most recently as director of programs.

Sarah’s creative approach to solving problems, attention to detail, and ability to make others feel at ease have impressed her industry peers, who have encouraged her increased participation in the association. Last year, for example, Sarah eagerly attended the SLA 2015 Annual Conference as a voting representative of the San Francisco Bay Region Chapter.

Katherine “Katie” Cuyler is an intelligence strategist at Bennett Jones SLP, a law firm in Toronto, Ontario. Since joining SLA in March 2012, Katie has not shied away from leadership roles—she is currently secretary of the SLA Toronto Chapter and communications chair of the SLA Competitive Intelligence Division. Previously, she served as treasurer and conference planning committee chair of the SLA Competitive Intelligence Division, which honored her with its Outstanding Advisory Board Leadership Award in 2015. 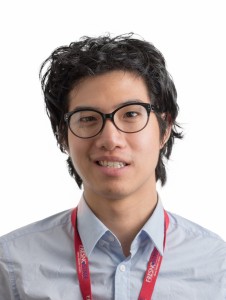 The first year student success librarian at California State University, Fresno, Raymond Pun became active in SLA even before joining the association, organizing and moderating an event on news information for the SLA New York Chapter in May 2013 and co-authoring a bulletin article for the Business & Finance Division. After joining SLA in March 2015, he presented a poster session at the SLA Annual Conference titled “Case Studies of Embedded Librarianship: Librarians Supporting Non-Academic Groups in Conducting Business Research.”

Raymond delivered a Webinar in 2015 on forming academic partnerships and continues to write frequently for the Business & Finance Division, which presented him with its Achievement in Academic Business Librarianship Award last year. This year, Raymond expects to publish an edited volume with 2012 SLA Rising Star Davis Erin Anderson on library transitions. The book will feature many prominent SLA members who have moved from one type of library to another.

The Special Libraries Association (SLA) is a nonprofit international organization for innovative information professionals and their strategic partners. SLA serves information professionals in more than 60 countries and in a range of working environments, including business, academia, and government agencies. SLA promotes and strengthens its members through learning, advocacy, and networking initiatives. For more information, visit sla.org.