SLA to Induct Noorlander, Weiss into Hall of Fame

Pair Have Been Instrumental to Association, Unit Success

McLean, Virginia, 25 April 2016—The Special Libraries Association (SLA) has named Willem “Bill” Noorlander and Janet Weiss as the newest members of the association’s Hall of Fame.

The two will be honored June 12 at the opening session of the SLA 2016 Annual Conference in Philadelphia.

The SLA Hall of Fame was established in 1959 and recognizes distinguished service and contributions to SLA or an SLA chapter or division. Induction is reserved for SLA members at or near the end of their active professional careers, and is granted to no more than three individuals per year.

About Bill Noorlander
Bill Noorlander is a partner at BST America in New York, a company that provides market data and technology consulting for the financial services, professional services, and other business sectors. 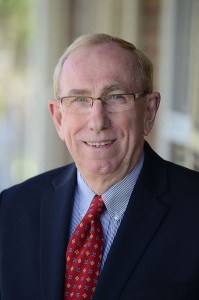 Bill has put his financial insight and business savvy to good use with SLA, especially during his time as treasurer of the New York Chapter (2008–2009) and as fundraising chair of the Leadership & Management Division (2014–2015). His business acumen and commitment to the long-term health of SLA also proved invaluable during his countless hours of service on the SLA Finance Committee (2012–2015). His dedication and loyalty ultimately earned him a seat on the SLA Transition Committee, where he played an instrumental role in preparing the request for proposal and conducting interviews during the search for an association management company to manage SLA’s staff operations.

Bill’s SLA colleagues frequently cite his tenacity and attention to detail as assets to the committees and groups with which he volunteers. Induction into the Hall of Fame is a fitting tribute to Bill and his many contributions to SLA.

About Janet Cooper Weiss
A member of SLA since 1976, Janet Weiss is associate director of the scientific library at Daiichi Sankyo Pharma Development, Inc., in New Jersey. During her four decades as an SLA member, Janet has been indispensable to several units, especially the New Jersey Chapter, the New Jersey-Greater Princeton/Trenton Chapter, the Pharmaceutical & Health Technology Division, and the Biomedical & Life Sciences Division.

Both the New Jersey Chapter and the New Jersey-Greater Princeton/Trenton Chapter (CPRT) have benefited from Janet’s guidance. Though she has worn many chapter hats—treasurer, fundraising chair, consultation officer, program chair, president, and awards chair—Janet is particularly well known within both chapters for her tremendous sponsorship and fundraising efforts. Janet’s ability to secure vendors to sponsor meetings is legendary—as fundraising chair, a position she has held in both chapters intermittently since 1993, she has been instrumental in making chapter meetings affordable.

The Pharmaceutical & Health Technology Division has also been fortunate to count Janet among its members. Most recently chair of the division in 2015, Janet’s successful efforts include guiding work on a division membership survey and reworking the procedures for member and student travel awards. Similarly, Janet chaired the Biomedical & Life Sciences Division in 2007, and has also served that unit over the years as fundraising, professional development, and vendor relations chairs..

Recently, Janet emboldened several members of the New Jersey Chapter to volunteer their expertise with a heavily relied upon, underfunded regional agency that was conducting a needs assessment. The assessment involved collecting and assessing information and formulating the findings into recommendations on reorganizing the agency’s resource library. This collaboration is one of many instances in which Janet has helped to demonstrate the unique value of informational professionals to businesses and organizations.

During the 40 years as an SLA member, Janet has served as a connecting link, bringing diverse ideas and people together. She has mentored new members and encouraged them to take up leadership roles within SLA. She is well deserving of induction into the SLA Hall of Fame.

About SLA
The Special Libraries Association (SLA) is a nonprofit international organization for innovative information professionals and their strategic partners. SLA serves information professionals in more than 60 countries and in a range of working environments, including business, academia, and government agencies. SLA promotes and strengthens its members through learning, advocacy, and networking initiatives. SLA’s annual conference is expected to have more than 2,000 information industry professionals in attendance and will boast 200-plus sessions, business meetings, networking events, and other activities. For more information, visit sla.org.