Though the first several years in a new profession often present many valuable on-the-job and extracurricular opportunities for professional development and growth as a leader, new professionals don’t always take full advantage of them.

This year, SLA will be honoring three early career information professionals who have truly made the most of their first few years in the library and information profession—Chrystelle Browman, Marie Cannon, and John Kromer.  Their efforts will be recognized with SLA’s Rising Star Award, which honors leadership and innovation in both SLA and the information profession. These awards will be presented during the opening general session of the SLA 2017 Annual Conference in Phoenix, June 16–20. 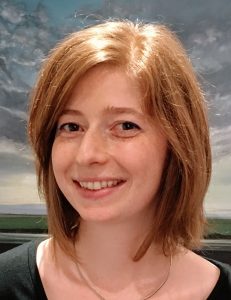 Now a legal research analyst at Fenwick & West in Mountain View, California, Chrystelle Browman was already active in SLA while she was still an MLIS student at Drexel University—attending the SLA Annual Conference and serving as president of the university’s SLA student group.

After moving to the west coast, Chrystelle went on to serve in other leadership roles in SLA, including as sponsorship chair of the SLA San Francisco Bay Region Chapter and director-at-large for the Silicon Valley Chapter. Colleagues attest that in just a few short years of involvement, she has elevated the programming and sponsorship efforts of both chapters, enhancing membership value. In recognition of her dedication, Chrystelle has been honored with the Silicon Valley Chapter’s Presidents Award and the San Francisco Bay Region Chapter’s Horizon Award. Chrystelle is also a member of the SLA Legal Division and the American Association of Law Libraries. 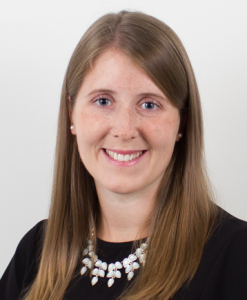 Marie Cannon is a knowledge and information officer at Clifford Chance in London. After winning the Early Career Conference Award in 2012 from the SLA Europe Chapter, Marie’s involvement in SLA and the European chapter has increased exponentially. Currently president of SLA Europe, Marie has also served the chapter as secretary, blog editor, and a member of its Digital Communications Committee. She is also belongs to the SLA Legal Division.

Marie is admired by fellow members of the association for her passion for SLA and its objectives and for actively taking aspiring law librarians under her wing. Her willingness to share professional expertise with others—as a formal mentor, as a speaker at conferences, and in publications—has also impressed her industry peers outside of SLA; Marie has presented twice at British and Irish Association of Law Librarians (BIALL) conferences. 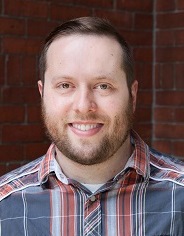 John Kromer is a physical sciences librarian at Brown University in Providence, Rhode Island. Previously, he worked at Miami University in Oxford, Ohio, and belonged to the SLA Cincinnati Chapter—which awarded him a travel stipend to the SLA 2013 Annual Conference.

John is the bulletin editor for the Physics-Astronomy-Mathematics (PAM) Division, and has chaired and served on the division’s awards committee and has moderated two PAM roundtables.  He is also an active member of several other SLA units, including the Chemistry Division and its Professional Development Committee; the Engineering Division; and the Rhode Island Chapter.  Additionally, John presented posters at two SLA All-Sciences Poster Sessions.

John’s contributions to SLA have been recognized by unit colleagues as extensive and impressive, especially for an early-career librarian. At the association level, he served on the Students and New Professionals Advisory Council and the Advocacy Task Force. John also belongs to the American Chemical Society.

To learn more about SLA’s 2017 honorees and their awards, read the press release.