Being named a Fellow of the Special Libraries Association is a high honor, but one that comes with strings attached: It entails an obligation to advise SLA’s Board of Directors and alert the membership about issues and trends warranting action.

No wonder, then, that SLA Fellows typically are passionate about advancing the interests of their fellow information professionals, both through their service to SLA and to the profession at large. This is especially true of the 2021 class of Fellows—five special librarians with different backgrounds and interests but a common desire to expand opportunities for others.

The five—Parveen Babbar, Clara Cabrera, John DiGilio, Michael Sholinbeck and Laura Walesby—will join the ranks of SLA Fellows on August 3 during SLA’s Awards and Honors Ceremony. The ceremony is free of charge and requires registration; it will be presented virtually on the Remo platform.

Fellowship in SLA is bestowed on active, mid-career SLA members in recognition of their past, present and future service to the association and the profession. Individuals receiving this honor are able to use the title Fellow of the Special Libraries Association. The 2021 class of Fellows comprises the following SLA members:

Parveen Babbar joined SLA in 2008, but his accomplishments over the past 13 years would easily fill a much longer career. He received the SLA Asian Chapter Award to attend the SLA 2010 Annual Conference in New Orleans. Three years later, he was presented the Bonnie Hilditch International Librarian Award by SLA’s Sci-Tech and Engineering Divisions to attend our 2013 conference in San Diego. In 2016, he received the Ann Koopman Sci-Tech Division Achievement Award to attend the annual conference in Philadelphia, then was honored with the 2019 SLA Engineering Librarian of the Year Award at SLA’s 2019 Annual Conference in Cleveland.

What has he done to deserve these honors? For starters, he has published and presented dozens of papers and posters on various aspects of librarianship and information management. He also has edited conference proceedings, designed learning modules and teaching courses, helped organize conferences, and served as a subject matter expert, reviewer, and panelist.

Within SLA, Parveen has been active in the Asia Community, serving as treasurer and secretary and this year as president-elect. Earlier this year, he and other leaders of SLA Asia received presidential citations for presenting a webinar series last year that drew thousands of attendees and promoted SLA to new audiences.

When he’s not writing, speaking, teaching, or otherwise spending his time and talents advancing SLA and our profession, he’s busy working at the Jawaharlal Nehru University in New Delhi, where he is the deputy librarian. Or you’ll find him studying—he has earned a master’s degree in computer science and a doctorate in library science in addition to his master’s degree in library science.

Like many SLA members, Clara got her first taste of SLA as a student, serving as an officer in her student group at the Pratt Institute. After receiving her degree, she immediately became active in the New York Chapter, volunteering as joblog coordinator and library school liaison and helping organize individual events, then becoming diversity co-chair in 2013. In 2019 she became events coordinator, a position she still holds today.

In 2017, then-SLA President Dee Magnoni tapped Clara to chair a task force on diversity and inclusion. That effort ultimately led to the creation of SLA’s Diversity, Inclusion, Community and Equity Community, also known as DICE, which Clara helps lead. She is now serving on two SLA task forces, one focusing on membership recruitment and the other on mentoring.

Clara’s work with the diversity and inclusion task force earned her a presidential citation in 2018, one of several honors she has received. She was named the Dana Gordon Special Librarian of the Year by the New York Community in 2017; that same year, the SLA Legal Division presented her with the Thomson Reuters Westlaw Award for Outstanding Achievement. In 2011, she was named an SLA Rising Star and received the President’s Award from the New York Chapter.

When Clara isn’t working at WilmerHale as a reference and research supervisor, she can sometimes be seen leading walking tours for the SLA New York Community. And speaking of walking—a few years ago, Clara spearheaded an effort to include the New York Community in the annual Queens Pride Parade. She even created a banner for community members to hold while walking in the parade.

John DiGilio is probably best known for his service as treasurer of SLA from 2013 to 2015, when he helped lead the association through the transition to a new operations management model. His term as treasurer, however, was just one of many examples of John’s selfless dedication to SLA and the special librarian community.

John’s SLA journey reads like a “Who’s Who” biography entry: president of the Pittsburgh Chapter in 2002-2003; chair of the Legal Division in 2011; webmaster for the Baseball Caucus; chair of the Nominating Committee; ethics ambassador; convener of the Gay, Lesbian & Transgender Issues Caucus; member of the Leadership Advisory Council; and, of course, treasurer of SLA.

Along his journey, John has earned the respect of his colleagues, as evidenced by the many awards and honors he has received. He was given the Dialog Member Achievement Award in 2003 and the H.W. Wilson Company Award in 2005, and he was the inaugural recipient of the SLA Legal Division and Thomson Reuters Career Achievement Award in 2015. He also received a presidential citation for his leadership of the Finance Committee in 2015.

In addition to his service to SLA, John has shared his expertise with the information community through his many articles and blog posts for outlets such as The Lawyer’s Journal, The Information Management Journal, The Internet Lawyer, and iBraryGuy.com. His writings have addressed topics such as spotting fake news and validating information, the evidentiary acceptance of digital images, and the ethics of competitive intelligence.

John holds a law degree as well as a library science degree and has taught undergraduate courses in business law and ethics in addition to the legal research training he has delivered at the law firms where he has worked. He is now the firm-wide director of library services for Sidley Austin, where he manages a global team of more than 30 professional librarians and analysts. 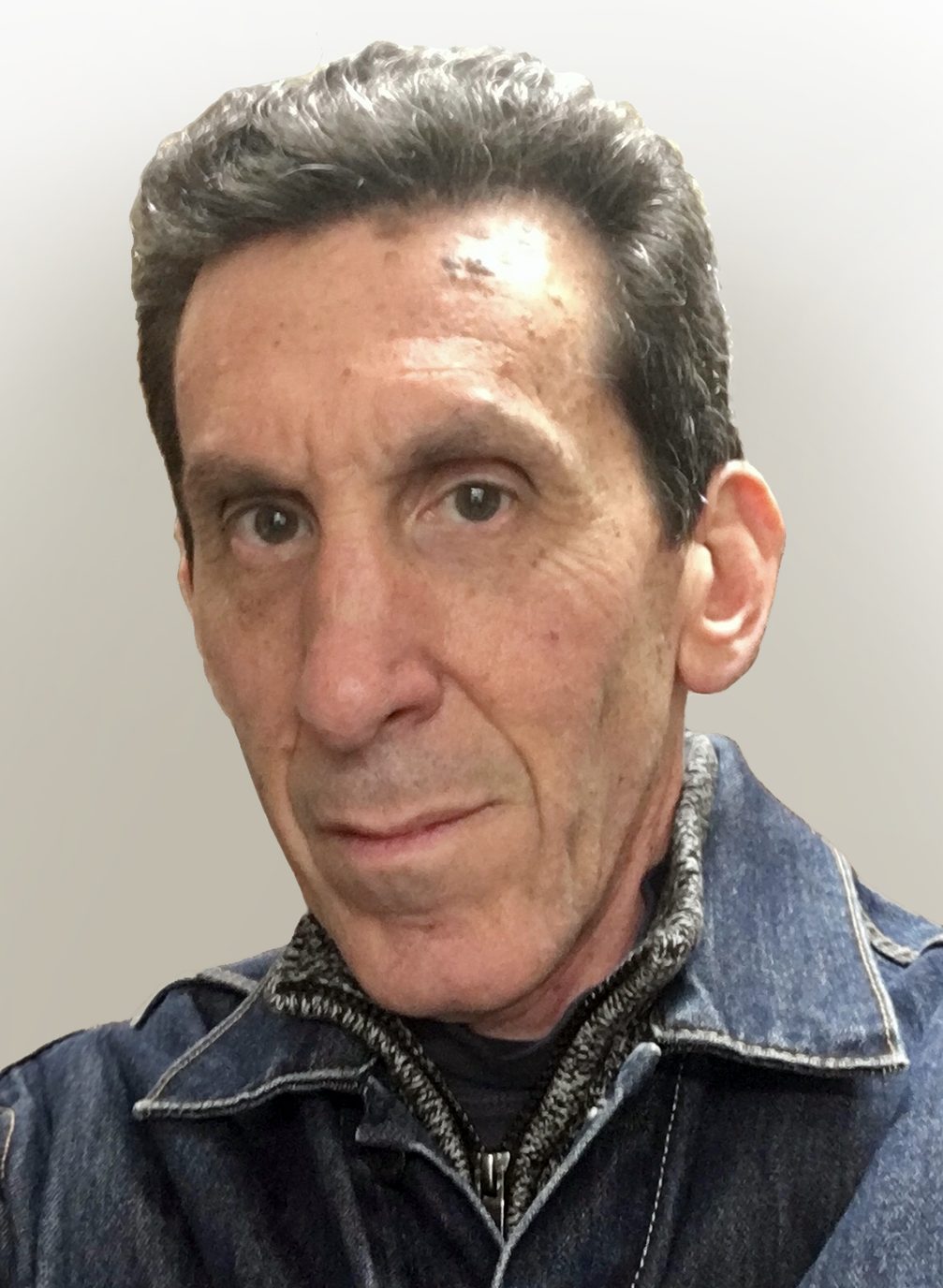 Michael Sholinbeck joined SLA in 2003 and got involved in the Environment & Resource Management Division, ERMD, now known as the Food, Agriculture, and Environmental Resources Community. He chaired ERMD in 2009 and later served as its archivist; in 2011, he received the division’s outstanding member award.

On the chapter side, Michael has been active in the SLA San Francisco Bay Area Community. He chaired the Bay Area’s Government Relations Committee for several years, publishing the Intersect Alert, a weekly compilation of stories on information policy, access, and other issues. He also helped organize an “Open Justice” event with speakers from MapLight and the California Attorney General’s Office. Michael served as president of the Bay Area Community in 2019 and led successful efforts to increase engagement in SLA and the San Francisco Community.

Like Clara Cabrera, Michael was tapped to serve on the Diversity and Inclusion Task Force in 2017, which led to the creation of DICE. He remains a co-leader of the DICE Community and has received SLA Presidential Citations for his efforts with the community and the Diversity and Inclusion Task Force. As part of his volunteer work with DICE, Michael helped institute the inaugural SLA climate survey, which was sent to the membership in February 2020 and has already begun to result in changes in our processes and perspectives.

Since 2002, Michael has worked at the University of California, Berkeley, where he is now the public health librarian at the Marian Koshland Bioscience, Natural Resources & Public Health Library. When he isn’t working or volunteering for SLA, he’s often cooking, walking around and collecting found objects, or pretending to be a rock ‘n’ roll drummer. 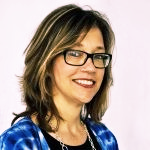 Laura Walesby has been working in libraries for almost 20 years, but she is still a new librarian at heart and is keenly interested in improving the experience of new librarians. She got involved in SLA as a student, she served as mentoring chair for the SLA Business and Finance Community for several years, and she chairs SLA’s Students and New Professionals Advisory Council. At the Gast Business Library at Michigan State University, which she heads, she mentors upcoming business librarians and advises them in their career decisions, work strategies, and professional development.

Laura is also deeply interested in learning and leadership, and her SLA experience speaks to both. She has served in conference programming roles with the Social Sciences and the Business and Finance Communities, and she has presented learning programs on topics ranging from vendor negotiations to leveraging technology to information literacy in the workplace. She served on the SLA Board of Directors from 2017 through 2019 and has held numerous leadership positions with the Business and Finance Community, including chair and secretary.

While on the SLA Board of Directors, Laura led a task force that developed recommendations for restructuring the association to make it more effective and efficient. She received a presidential citation for her efforts, as she did for her work in 2017 to help create a year-long set of training, conversation, and engagement opportunities.