Mary Vasilakis, a pioneering librarian at Westinghouse, a passionate mentor and teacher of upcoming librarians, and a longtime SLA member who was inducted into the SLA Hall of Fame in 1991, died June 26 in Pittsburgh. 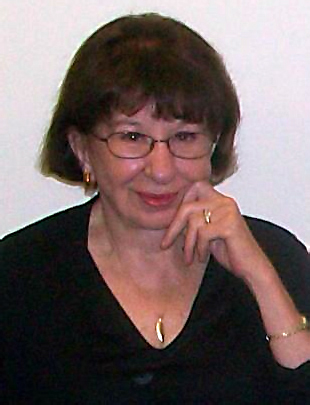 Mary began her storied career in information science before earning her degree or receiving any library training. She took a position in biological research (her undergraduate major) at the Mellon Institute, then went to Westinghouse, where she performed cataloging and library duties in the company’s Nuclear Energy Division. She received her master’s degree in library science from Duquesne University in 1963 and began moving up the ranks in Westinghouse, eventually becoming manager of communication and information services.

Mary was one of the first women managers at Westinghouse and in 1977 was awarded the Westinghouse Order of Merit, the highest honor the company bestowed. The award acknowledged Mary’s “exceptional talent in combining superior knowledge of library science with an excellent grasp of Westinghouse business objectives.”

In addition to her corporate work, Mary served as a visiting lecturer and adjunct professor in the University of Pittsburgh’s School of Library and Information Science. She also authored and contributed to many publications, including the Encyclopedia of Library and Information Science, Vol. 5: Circulation to Coordinate Indexing and Libraries in the ’90s: What the Leaders Expect.

Throughout her career, Mary was active in SLA and especially the Pittsburgh Chapter, which she served in many capacities, up to and including president. She chaired the SLA Nuclear Science Division and the SLA Public Utilities Division, presented at SLA conferences, and served as an SLA delegate to other library associations and conferences. In 1979, she participated in the Pennsylvania Governor’s Conference on Libraries and Information Services and as part of Pennsylvania delegation to the White House Conference on Libraries and Information Service.

A passionate mentor of women both in and out of the professional world, Mary also participated in and supported women’s athletics and enjoyed her involvement in a successful women’s investment club. She devoted time to community service through Inroads Pittsburgh and the University of Pittsburgh Medical Center and served as district judge of elections.

Denise Callihan, a former student of Mary’s and a fellow member of the SLA Pittsburgh Community, reflected on Mary’s impact in a social media post shortly after her death:

I first met Mary as the instructor of the special libraries course at Pitt in the early 1990s. Needless to say, it was one of my favorite courses. She made a huge impact on my career path. She introduced the class to legends in the field (like Barb Spiegelman) and also started us on the path thinking about knowledge management and even electronic lab notebooks (believe it or not!). Her enthusiasm for SLA was also notable, and was a big influence for me to become the SLA student group president during graduate work and then later for the “real” chapter. I will never forget her or her example as a corporate librarian.