Sylvia E.A. Piggott, who served as president of SLA in 1996-97 and was presented with the John Cotton Dana Award, the association’s highest honor, in 2005, died earlier this month. 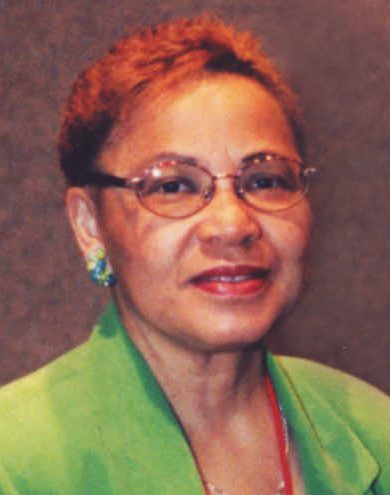 A champion of forward-looking competencies for librarians and other information workers, Sylvia was a prolific writer and speaker and took a particular interest in mentoring and coaching women in the library profession, especially women in developing countries such as Vietnam and Laos. She also pushed for improved electronic access to information resources and made “virtualization” the theme of her tenure as SLA president.

Sylvia earned her library science degree from McGill University in 1979 and later worked as a librarian at the university, where her husband was a professor of linguistics. She enjoyed a long career in corporate librarianship, working with the Bank of Montreal, Canadian National Railway, and the World Bank, among others. She also served as a consultant to major North American companies on managing information and reengineering information services.

Within SLA, Sylvia served in leadership roles in a wide range of committees, councils, and communities, including Eastern Canada, Social Science, Business & Finance, Sub-Saharan Africa, Information Technology, Strategic Planning, and Leadership & Management. She was also active in the International Federation of Library Associations and Institutions (IFLA), presenting several papers and chairing conferences, and served on the board of directors of Librarians without Borders.

SLA’s Eastern Canada Chapter honored Sylvia as its Information Professional of the Year in 1995. In 2000, Sylvia was named a Fellow of SLA in recognition of her past, present and future service to the association and the profession.

Sylvia remained active in the profession and SLA long after she retired from full-time employment, speaking and writing on topics such as “Career Management for the Evolving Workplace” and “Advocating for the Role of Knowledge Management in Organizations as the Catalyst for Supporting the United Nations 2030 Sustainable Development Goals.” She pushed for librarians and information professionals to take the lead in adopting new information technologies and using them to enhance their information management capabilities.

“The sky is the limit for librarians if they want to grab it and take charge of it and not let the technology people take it over from them,” she said during an April 2019 SLA webchat on the future of SLA. “We have a big role to play, because that’s what a lot of the disruptive technology is doing—it’s looking after information, and that is really our area of responsibility and expertise.”

2 responses to “
In Memoriam: Sylvia Piggott”