Vivian Ann Davidson Hewitt, the first African-American president of SLA (1978-1979) and a member of the SLA Hall of Fame (1984), a Dame of the Venerable Order of St. John, and a notable collector of works by African-American artists, died May 29 at the age of 102. 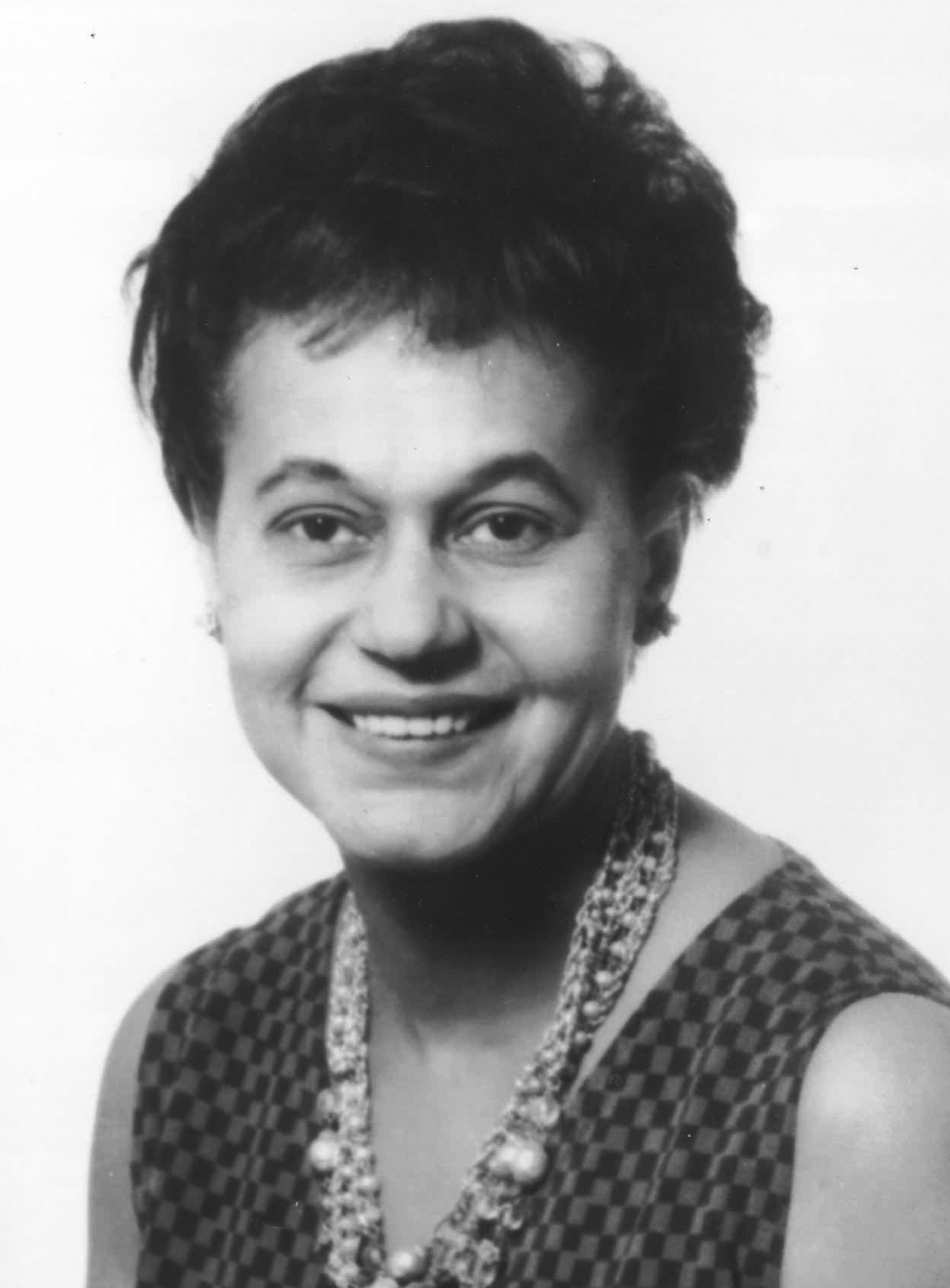 Born in Pennsylvania in 1920, Vivian earned her bachelor’s degree from Geneva College, then received a master’s degree in library science from the Carnegie Library School in Pittsburgh. She remained in Pittsburgh after her graduation and accepted the job of senior assistant librarian at the Carnegie Library, becoming the first Black librarian the city had ever known.

Vivian moved to Atlanta five years later to become an instructor at the library school at Atlanta University (now Clark Atlanta University), then relocated to New York City in the early 1950s to work for Crowell-Collier Publishing. She later served as chief librarian of the Rockefeller Foundation (1955-1963) and the Carnegie Endowment for International Peace (1963-1983).

Vivian joined SLA in 1955 and played a prominent role in furthering the association’s involvement in global library affairs. She joined the SLA International Relations Committee and chaired it from 1965-1969; she also served as SLA’s non-governmental organizations observer to the United Nations from 1964 to 1970, as SLA’s representative to the White House Conference on International Cooperation in 1965, and as SLA’s representative to the International Federation of Library Associations and Institutions (IFLA) in 1970.

As president of SLA, Vivian oversaw an SLA Annual Conference that was billed as the “First Worldwide Conference on Special Libraries.” Held in Honolulu, Hawaii, the conference was notable not only for its focus on global librarianship but also for the announcement of David Bender as SLA’s new executive director, succeeding Frank McKenna, who had died suddenly.

In addition to her impact on SLA and the library profession, Vivian made a lasting mark on the art world by collecting (with her husband, John) hundreds of sketches, paintings, and other works of art by African-American artists and especially Haitian artists. More than 50 pieces from their collection were purchased by Bank of America and donated to the Harvey B. Gantt Center for African-American Arts + Culture in Charlotte, North Carolina, in 2009. The John and Vivian Hewitt Collection of African-American Art is considered a cornerstone of the Gantt Center’s permanent collection and includes work by Romare Bearden, Henry Ossawa Tanner, Ann Tanksley, Margaret Burroughs, Elizabeth Catlett, Jonathan Green, and Jacob Lawrence.

In 2001, Vivian was honored by Queen Elizabeth II with appointment to the Venerable Order of St. John as a Serving Sister. She was promoted to Officer Sister in 2004, Commander Sister in 2009, and Dame in 2016.

“I determined to go into special libraries to make inroads into that field,” she told her audience that day. “There’s a missionary spirit about me, I guess. I’m here to help pave the way for others to succeed. And special libraries have always been very good to me.”