Drew Carey, Martin Luther King, Jr., and the first peoples of Cleveland would seem to have little in common, but SLA’s 2019 president, Hal Kirkwood, managed to tie them together over the course of three days at the association’s 2019 Annual Conference. 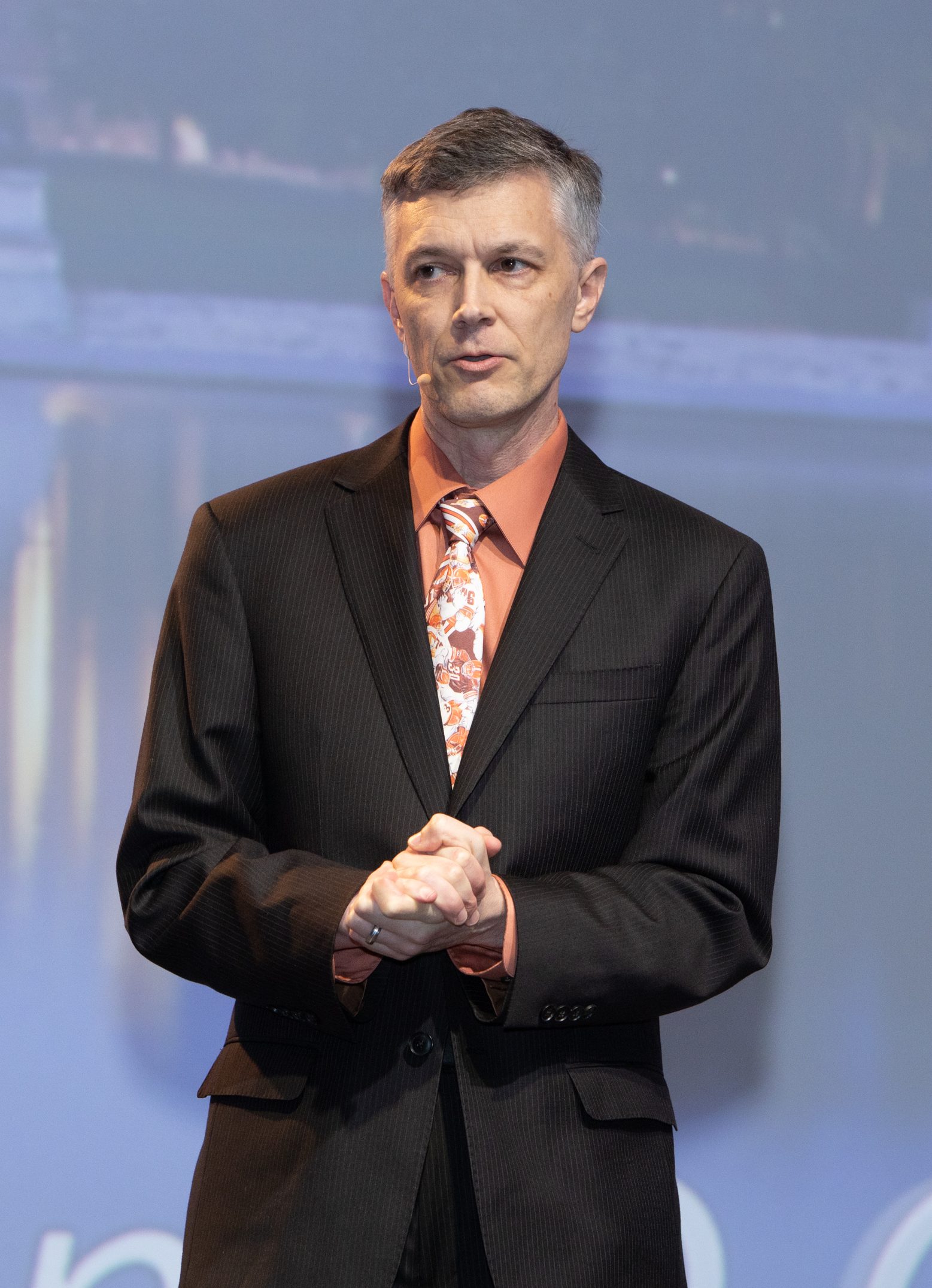 Since taking office at the beginning of this year, Kirkwood, the Bodleian Business Librarian at the Saïd Business School at Oxford University, has been emphasizing the value of using SLA to make connections that can lead to deeper relationships and partnerships with industry colleagues. He reiterated this theme during the conference’s opening general session on June 16, then implored his audience to take that approach a step further.

“At the University of Oxford, where I work, they have a program at the Saïd Business School that involves research into the concept of mutuality,” he said. “Mutuality brings us together to share our experiences of tackling key challenges to generate value.

“Dr. Martin Luther King said something about mutuality that resonated deeply with me. He said:

“I challenge each of you here in Cleveland to think about the concept of mutuality,” Kirkwood continued. “Think about how you can use your SLA relationships to help your fellow members be what they ought to be. If all of us focus on that goal—not just here in Cleveland, but back at our jobs and homes—we will create a new SLA that every librarian and information professional would want to join.”

‘The Very Fabric of SLA’

On June 18, at the conference’s closing general session, Kirkwood pivoted from the awards presentations—SLA bestowed awards and honors on 13 members during the course of the conference—back to mutuality and then to a topic he had addressed the preceding day: diversity. 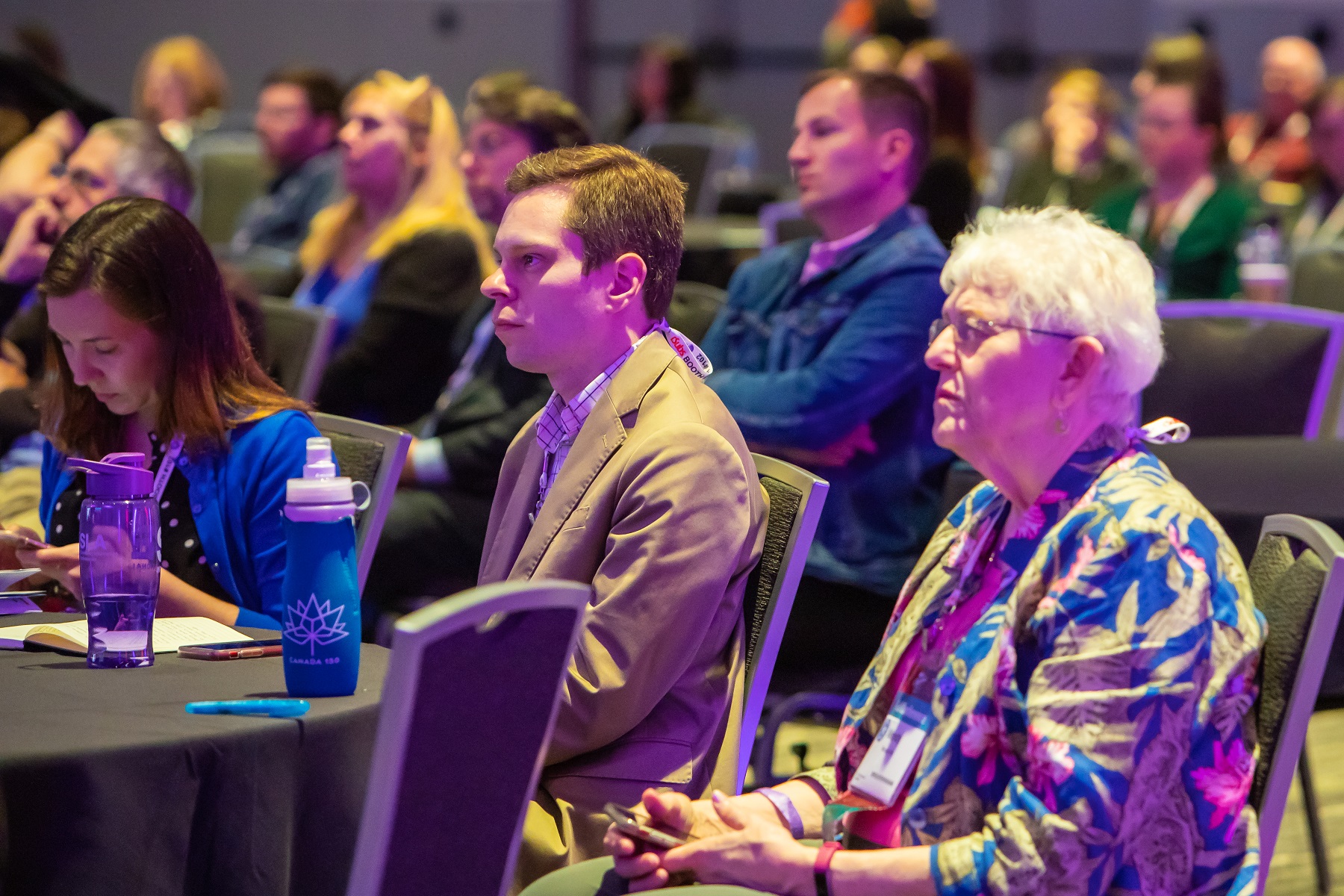 “When we think of awards and honors, we think of people who have become ‘what they ought to be,'” he said. “In other words, they earn awards and honors because they apply their knowledge and skills and dedication to challenges, and they succeed. And that is certainly true.

“But I would argue that awards also honor people for helping others be what they ought to be. . . This leads me to a topic I raised yesterday: diversity. Again, quoting from Martin Luther King: ‘Whatever affects one directly, affects all indirectly.’

“I think what that means for SLA is that we must create an environment where every single SLA member, no matter what race or color or gender or political persuasion, can be what they ought to be. If any one of us does not feel this way, we will all be the poorer for it.

“Diversity is not, and cannot be, a word we say or a flag we wave. It must be the very fabric of SLA, the thread that binds together the ‘single garment of destiny’ that Dr. King spoke of.

“. . . [W]e are here today because we want to share in the knowledge and ideas and experiences of those who are different from us. We value this diversity and the relationships that develop from it.

“I challenge every SLA member—those of us here in Cleveland, and those who aren’t—to take up that mission. If we do, we will find that the other challenges we face become much easier to address.

“And speaking of diversity, and of Cleveland, I want to acknowledge the Native American tribes that originally settled here—the Delaware, Wyandotte, Potawatomi, Ottawa, and Shawnee. They were the first peoples in this area, and we honor them by valuing diversity.”

Earlier in the closing session, Kirkwood had asked a handful of attendees to stand up and share their experiences developing new relationships while at the conference or lessons they had learned at education sessions that they could apply to their jobs. 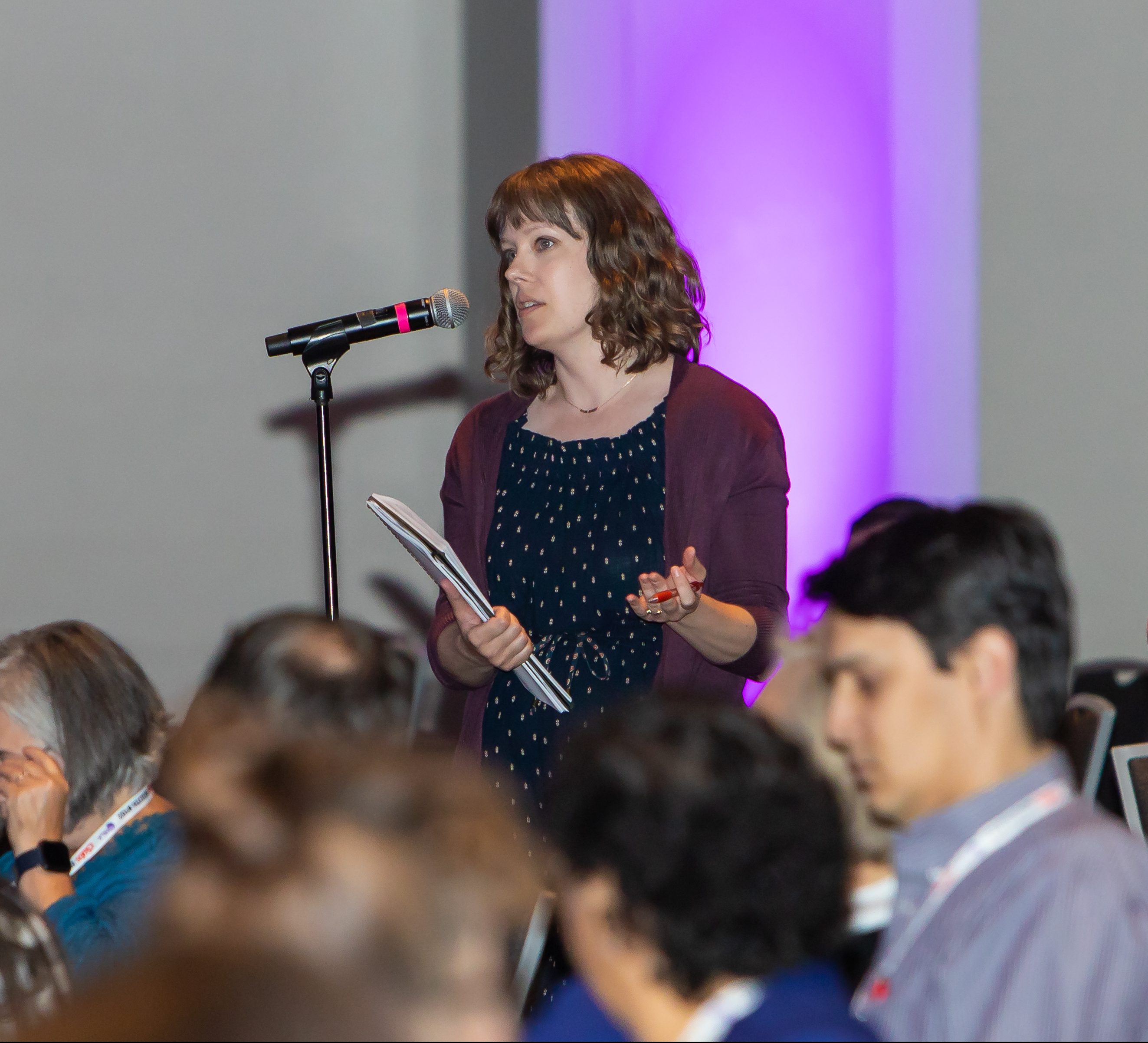 “Today is our last full day of the conference,” he said. “And in keeping with academic tradition—I’m an academic librarian, after all—it’s time for your final exam. This is a two-question exam, and class participation earns you extra credit.”

The call for audience members to share was a twist on the television show “Whose Line Is It Anyway?”, originally hosted by Drew Carey—like Kirkwood, a Cleveland native. On the show, audience members suggest skits that the show’s cast members perform.

As the general session was ending, Kirkwood again asked attendees to share takeaways and relationship experiences, but with SLA members who weren’t in Cleveland rather than those who were.

“Our three days together are almost over, but the real work is still ahead of us,” he said. “First, we’re all going to share a takeaway—something new we learned, something interesting we heard, a new relationship we developed. And you don’t have to share just one takeaway. Share as many as you like. Just share.”