Founded in 1999, the SLA Asian Chapter quickly took root and became the association’s fastest-growing chapter in just 10 years. Much of the credit for that growth belongs to Praveen Kumar (P.K.) Jain, whose professional career has been similarly productive.

On June 13, at the SLA 2018 Annual Conference in Baltimore, P.K. will be inducted into SLA’s Hall of Fame, becoming the first librarian from India to join this select circle of librarians and information professionals.

Membership in the SLA Hall of Fame is accorded to SLA members to recognize their distinguished service and contributions to the association and/or an SLA chapter or division. It is reserved for SLA members in good standing who are at or near the end of their active professional career. 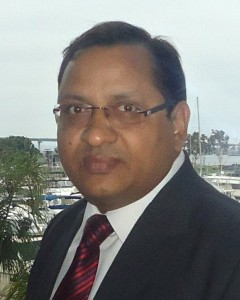 P.K., who holds doctoral and master’s degrees in library and information science (in addition to master’s degrees in economics and sociology), has worked in the library field for 33 years, the last 30 at the Institute of Economic Growth in Delhi. He is a frequent presenter and speaker at library conferences in India and throughout Asia and has helped organize many conferences as well. He has also contributed several papers to information science journals and edited books on topics such as emerging trends in information metrics and transforming libraries into social spaces.

Since joining SLA in 2000, P.K. has dedicated considerable time and energy to growing and leading the Asian Chapter, most notably as a board member and president. He has also been active in SLA’s Business & Finance Division and Science-Technology Division, both of which have honored him for his contributions and achievements.

At the SLA 2015 Annual Conference in Boston, P.K. was named a Fellow of SLA in recognition of his service to the association and the library profession. He received an SLA Presidential Citation in 2009, the Professional Award (sponsored by Springer) in 2008, and the Diversity Leadership Development Program Award in 2004.