As part of the 2013 SLA Awards & Honors program (which culminated on-stage on June 9th in San Diego), we’ll be detailing a few of the many accomplishments and contributions of our 2013 SLA Award Recipients. Find descriptions of each SLA Award.

Gloria Zamora and Agnes Mattis are the 2013 SLA Hall of Fame Inductees. The SLA Hall of Fame recognizes a lifetime of achievement and exceptional service to SLA and the information profession.

Agnes K. Mattis heads the Corporate Library for the international law firm of Skadden, Arps, Slate, Meagher & Flom LLP in New York City. She is responsible for providing high level research to attorneys throughout the firm’s 25 US and International offices. She also oversees the Conflict of Interest Department. Prior to joining Skadden in 1998 Agnes, spent her career in banking and finance. 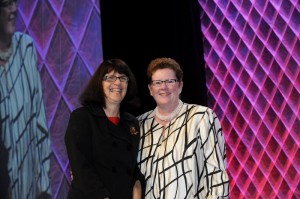 Agnes has been active in SLA for many years. She holds the record for being President of the New York Chapter for 4 terms, spanning the early 90’s and 2000’s, and has been the Treasurer, Nominating Chair, Governance Chair and more. She chaired the Business and Finance Division from 1996-1997. She is a member of the Legal, Leadership & Management and Museum Arts & Humanities Divisions.

In 2004 Agnes was named a Fellow of SLA and was awarded the Distinguished Service Award of the New York Chapter in 2003 and 1995.

Agnes has an undergraduate degree in Art History from York College (CUNY) and an MLS from Pratt Institute.

Agnes lives in New Jersey with Rick, her husband of 30 years. They enjoy traveling especially  to beach locations to escape the cold Winters in the New York area.  They love cooking and entertaining for their family and friends. Agnes collects cookbooks from every city she has visited with SLA for the Annual Conference or the Leadership Summit.

Gloria Zamora has recently retired from a career as Government Affairs Manager with Sandia National Laboratories.  A university of Michigan graduate, with degrees in history, political science, and library science, Gloria tracked and analyzed federal legislation and represented the issues of the Department of Energy National Security lab to the U.S. Congress. In 2007, Gloria was asked to serve as a Congressional Fellow in the office of NM Senator Jeff Bingaman. 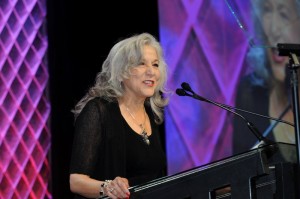 During her time at SLA, Gloria has been fortunate to be in two small but active chapters, the Rio Grande Chapter and the Kentucky Chapter.  The tight-knit nature of each chapter enabled her to become an involved member of each. Quick to volunteer, Gloria became the President of the Rio Grande Chapter in her third year in SLA. Then, as SLA treasurer she was approached by the Kentucky Chapter to develop and pass a new association dues structure. She was so impressed with the caliber of people in the Kentucky chapter that she joined them. The successful experience at the chapter level served as a launching pad for her international-level involvement, when she served as the planning chair of 2 Annual Conferences, Indianapolis in 1998 and Seattle in 2008, and was appointed to the SLA Finance Committee. Each position gave her the opportunity to work closely with SLA staff and members and armed her with the experience needed to continue her path to SLA leadership. She would go on to serve three terms on the SLA Board of Directors, as Director, Treasurer, and in 2009, as President. As President, she oversaw SLA’s successful centennial celebration. Gloria was named an SLA Fellow in 1999, and received the John Cotton Dana Award, SLA’s most prestigious individual honor, in 2007.

Gloria is working as hard at retirement in her state and local community as she did in her professional career.  During the 2012 political campaign she worked tirelessly on behalf of two successful national candidates.  Last year she accepted an appointment to the New Mexico Library Foundation Board where she is Vice-Chair and she donates time to the ARTSmart Program in Santa Fe which raises funds for arts programs in the Santa Fe public schools.

Just recently, Gloria was recruited to serve on the Founders’ Committee of a newly formed Santa Fe-non-profit, the Women’s International Study Center, where she serves as chair of the Academic Advisory Council.

Gloria, her husband Bob and their faithful companion, Max live in Santa Fe, NM where they are finally finding the time get reacquainted with Santa Fe and to pursue their interests in gourmet cooking, oenology, film and opera.