The COVID-19 virus pandemic is highlighting the critical need for trusted information during a crisis and, by extension, demonstrating the value of those who ensure that such information is available to leaders in government, business, health care, and other affected sectors. SLA members manage information resources for organizations in these (and many other) sectors, and the association is honoring 11 of them—both industry veterans and up-and-comers—for their contributions to SLA and the information profession.

Headlining the 2020 class of honorees are Richard Hulser and Sharon Lenius, who are receiving SLA’s John Cotton Dana Award, named for the association’s founder and first president. The Dana Award, SLA’s highest honor, recognizes a lifetime of achievement as well as exceptional service to SLA and the library and information profession. 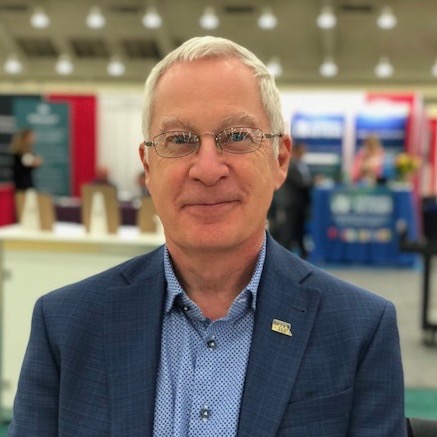 Richard Hulser is president of a consulting firm in California and writes and speaks regularly on library and archives assessment and management, content licensing, digitization projects, vendor partnerships and negotiations, and the use of altmetrics to analyze scholarly research. He previously served as chief librarian and curator at the Natural History Museum of Los Angeles County and is a member of the advisory board to the Center for Leadership in Library Management at the University of Southern California’s Marshall School of Business.

An SLA member since 1982, Richard has served on the SLA Board of Directors, as president of the Connecticut Valley and Southern California Communities, as chair of the Science-Technology and Museums, Arts & Humanities Communities, and as co-founder and co-convener of the Gay & Lesbian Issues Caucus and founder and convener of the Information Futurists Caucus. He has chaired the SLA Networking Committee and the SLA Nominating Committee, was an SLA Alignment Ambassador in 2009-2010, and chaired the Executive Director Search Task Force in 2016.

Richard was named a Fellow of SLA in 2000 and received an SLA President’s Award in 2004 and the SLA Dialog Member Achievement Award in 2010. 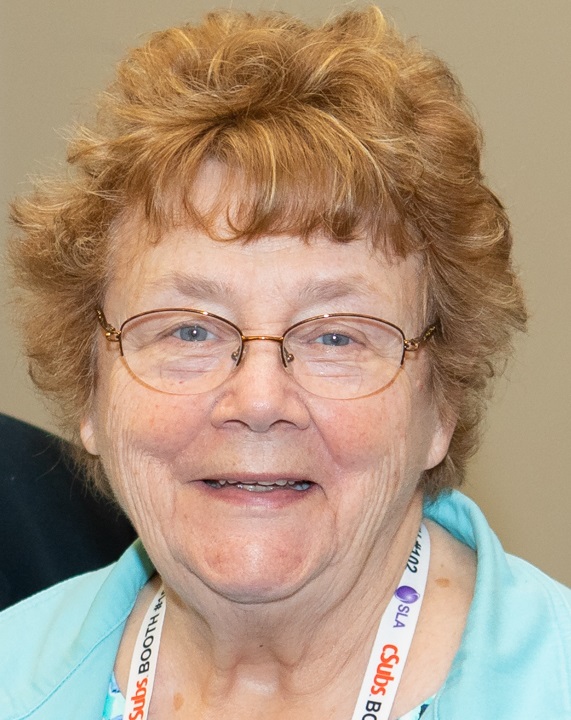 Sharon Lenius is a retired federal and military librarian who served as digital resources librarian for the Headquarters, Joint Staff, National Guard Bureau and as director of the Technical Reference Library of the Reserve Component Automation System. She also worked in public libraries in Indiana, New Jersey, and Virginia and for the U.S. Army Special Services in Europe.

Since joining SLA in 1990, Sharon has been active in SLA’s Military Libraries Community, which she chaired in 2001 and has twice served as secretary, as well as its Government Information Community and Washington, D.C. Community. She chaired the Host Committee for the Washington, D.C. Community when SLA held its 100th anniversary conference in 2009, and she has been instrumental in organizing numerous training workshops for the Military Libraries Community. She was inducted into the SLA Hall of Fame in 2012 and received the Dialog Member Achievement Award in 2007.

In addition to Richard and Sharon, nine other SLA members are being recognized for their contributions (both past and potential) to the association and profession:

SLA Hall of Fame
Induction into the SLA Hall of Fame is reserved for SLA members in good standing who are at or near the end of their active professional career. It recognizes service and contributions to the association and/or lengthy distinguished service to an SLA community that has contributed to the success of the association.

Fellows of SLA
Fellowship in SLA is bestowed on active, mid-career SLA members in recognition of past, present and future service to the association and the profession. Fellows are called upon and expected to advise the association’s Board of Directors, prepare necessary documentation, and alert the membership to issues and trends warranting action. Individuals receiving this honor will be able to use the title Fellow of the Special Libraries Association.

James M. Matarazzo Rising Stars
This honor, named for the late Jim Matarazzo, a longtime SLA member and 2016 John Cotton Dana Award recipient, is bestowed annually to recognize outstanding new SLA members who show exceptional promise of leadership and contribution to the association and profession. Nominees must have one to five years of professional experience as an information professional and have been an SLA member for five years or less.

These nine honorees will receive their awards at the SLA 2020 Annual Conference in Charlotte, North Carolina, in October.