SLA Stands Up for Librarians, Urges Action on Copyright and Intellectual Property

Climate change, the COVID-19 virus, and the faltering global economy are challenges of immense magnitude, and addressing them will require action on multiple fronts. The Special Libraries Association has been doing its part by signing on to letters expressing support for strengthening copyright and intellectual property (IP) laws and calling on employers to retain and continue paying librarians during the economic slowdown.

On March 26, SLA issued a news release encouraging employers to take a long-term view and begin preparing for the aftermath of the COVID-19 pandemic. A critical step in this process is retaining and compensating staff who manage the information resources that power business, civic, and academic operations, even if such operations must be suspended temporarily.

“Cutting library and information professionals during economic downturns has proven to have negative consequences and is increasingly short-sighted in a global marketplace that is becoming more interconnected with each passing day,” said Tara Murray, SLA’s 2020 President. “SLA calls on all employers to support librarians and information professionals by recognizing their value, retaining them as employees and including them in post-pandemic plans.” 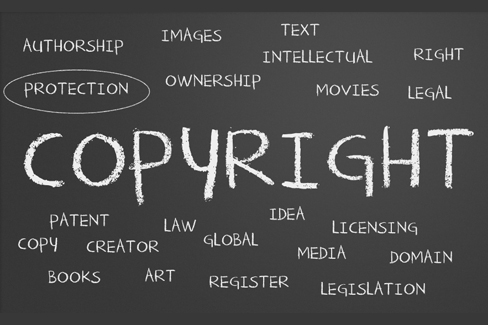 A month later, on April 26, SLA announced that it had joined in a letter to the World Intellectual Property Organization (WIPO) calling on national leaders to strengthen copyright laws to allow for basic preservation exceptions. These exceptions are needed, the letter states, for the following reason:

The world’s cultural heritage is at risk from the devastating effects of climate change … Digitisation and storage in the cloud are among the most effective ways to safeguard our heritage, as already recognised in the 2015 UNESCO Recommendation concerning the preservation of, and access to, documentary heritage including in digital form. But digitisation requires the making of copies, and too many national copyright laws fail to allow digital preservation for copyright-protected material. In fact, over a quarter of WIPO member states do not permit preservation at all, even for print formats.

The copyright letter marked the second time this month that SLA had joined in urging WIPO to take action. On April 3, SLA signed another letter, this one encouraging WIPO to ensure that IP laws do not interfere with efforts to tackle the COVID-19 virus. The letter states, in part:

Researchers discovered the spread of the virus through a text and data mining project analysing copyrighted news articles, enabled by Canada’s flexible fair dealing right for research purposes. The earliest potential treatments have been developed through existing medicines, enabled by experimental use exceptions to patent rights … However, these and other critical activities to overcome the crisis are not being performed everywhere—including where subscriptions have been paid in advance—because they are not lawful everywhere.

The two letters to WIPO were sent by the International Federation of Library Associations and Institutions (IFLA), of which SLA is a longtime member. By working with like-minded organizations such as IFLA, SLA can more effectively promote the interests of its members and the special library community.