Posters are the focal point of high school science fairs, but at professional conferences they sometimes are relegated to corners of exhibit halls, rooms at the end of hallways, or other out-of-sight, out-of-mind locations that discourage viewing interest. 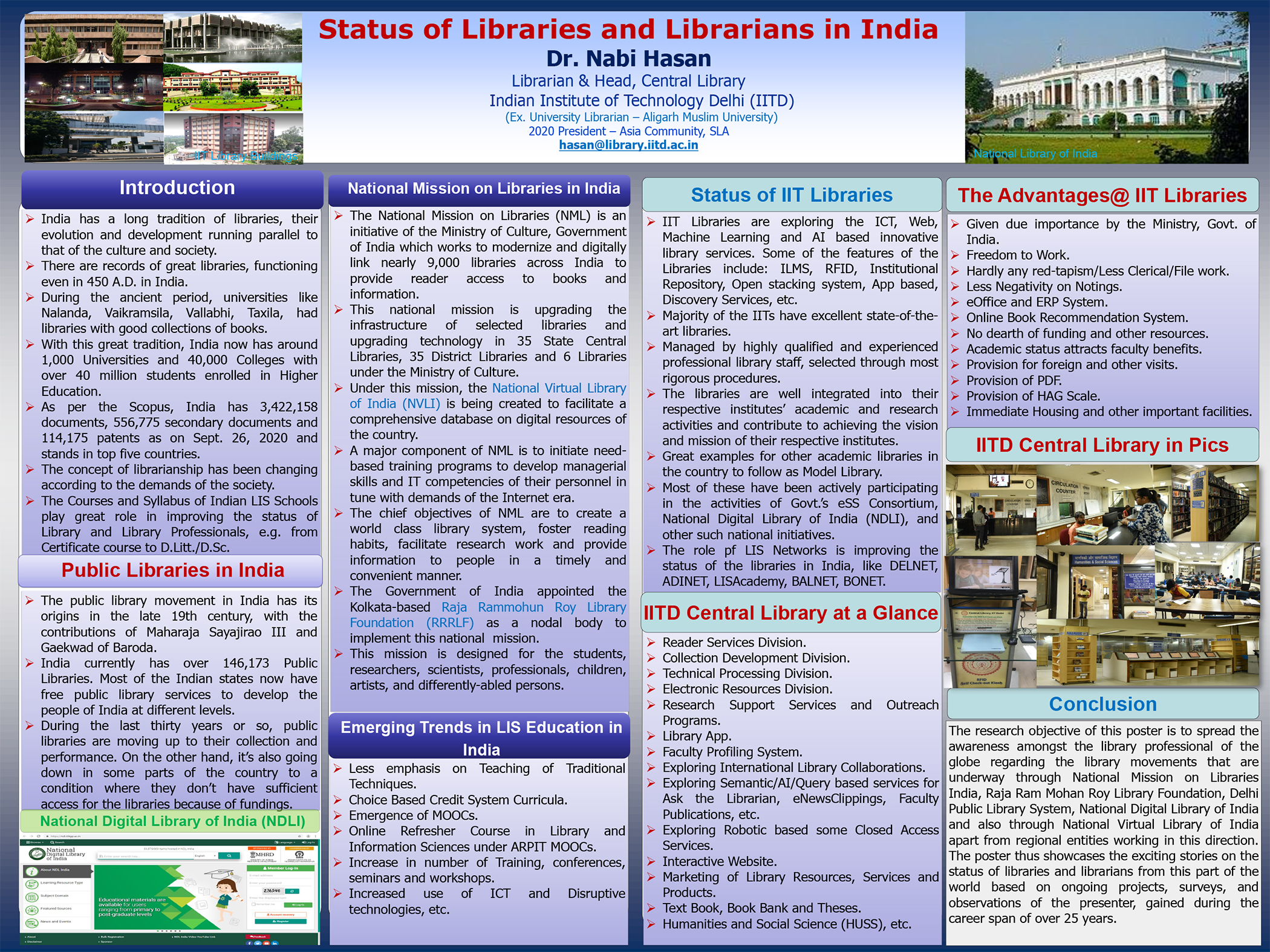 SLA encouraged poster viewing by creating a contest with three categories: Best Visual Presentation, Best Science Topic, and Best Overall. Conference attendees voted in each category, and the winners were announced as follows: 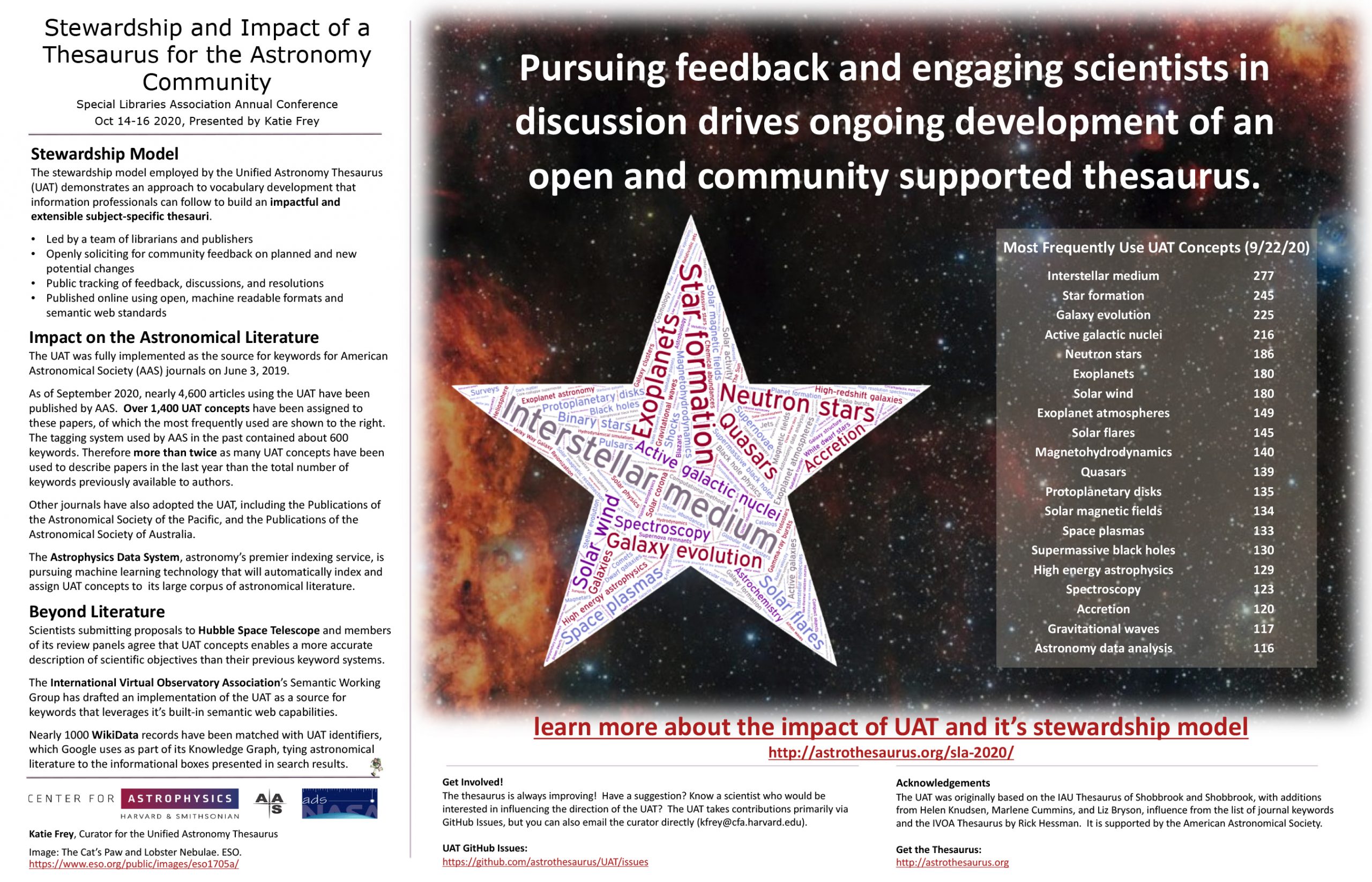 Nabi is head of the central library at the Indian Institute of Technology in Delhi and president of SLA’s Asian Community. During the conference, he also participated in a panel discussion titled “Asian Libraries at the Crossroads: The Road Ahead,” in which he touched on the value that the SLA Asian Community is providing to librarians and information professionals throughout that region.

Katie is assistant head librarian at the John G. Wolbach Library in the Center for Astrophysics at Harvard University. Daniel is scholarly communications and digital initiatives librarian at Thomas Jefferson University in Philadelphia. 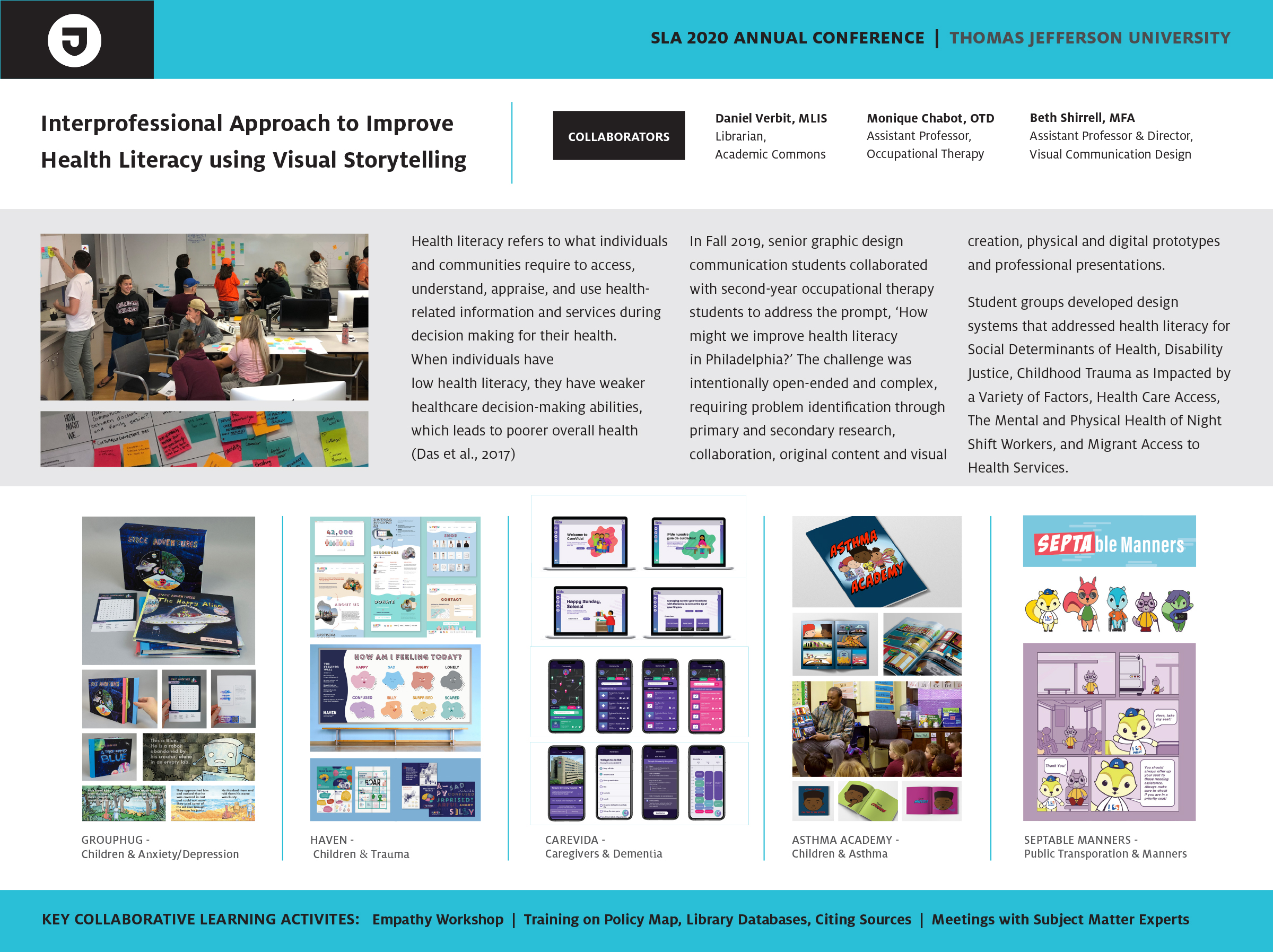 In addition to the posters, SLA2020 featured 100+ education sessions, some of which were pre-recorded and available on demand throughout the conference, others that were presented live during the closing three days (October 14-16). It also featured two keynote presentations, an exhibit hall, live product demonstrations, an awards presentation, and several social and networking events (including a virtual dance/karaoke party).